Have you ever found yourself thinking, ‘I wish I understood what women want’?

In this powerful interview, I share some insightful and counter-intuitive tips that can help men find the love and intimacy they seek, whatever stage of their relationship they are at.

Listen to my interview with Scott Davison from the Dad Train: 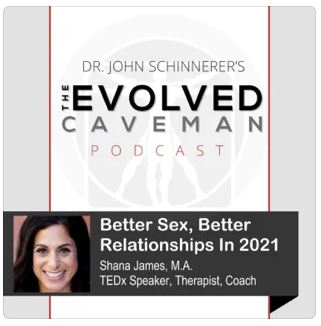 A fascinating deep dive into sex and relationship. Some of the topics include…

What do the tears of men reveal about the conflict between men and women? What happens when someone gives you 100% permission to feel everything you feel? How do authenticity and vulnerability in men improve their romantic relationships?

How can men create more of a spark in their romantic relationship?

How does passion enter into men’s careers, dreams and ultimately, satisfaction with life?

Listen to my interview with Dr. John Schinnerer on The Evolved Caveman Podcast. 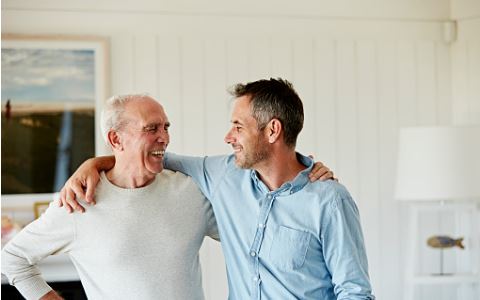 As we hear more and more stories of men making disrespectful, dishonoring and abusive choices I feel sad. I know there are many men in the world who would never harass or abuse a woman or another. For you I am grateful!

And I don’t see any man as bad, but instead making bad choices that come from a lack of guidance and an inability to see another way.

I do not believe any of us has a right to another’s affection or intimacy. And I try not to see people through the lens of the victim. But I see a bind I think men especially struggle with.

Because of cultural expectations of masculinity –at least in a heterosexual context — the brunt of asking for connection or sharing attraction first has fallen on men. Combined with modeling of “boys don’t cry” or admit when they don’t know how, many men feel stuck.

I remember the day we started preparing for the first Authentic Man Program, almost 15 years ago.

Bryan Bayer had a vision that men would benefit from honest feedback, with love, from women, as he’d benefited from in our community of friends. He had begun to understand more of the impact his words, actions and even the deeper layers of his being had on others, as we shared honestly and without judgment.

Until then he’d been left to guess, as most of us are.

Bryan, by the way, has always been one of the most humble men I’ve known, open to receiving any feedback offered in service of growing, having a more positive impact and being able to inspire others. This honest feedback has now lead to thousands of men feeling more powerful and capable of creating the life, career, impact, community, relationships, intimacy and even legacy they envision.

On our preparation day, more than a decade ago, the women on the newly formed AMP team took turns playing the role of men.

Then we set about, with a very heterosexual context, to try to ask a woman out, or at least to get her attention.

I imagined it would be informative and fun.

But I had no idea what I was in for…

As I made my way toward two women sitting in a chair in front of me, who had the potential to say yes or no to my request, I suddenly felt dread.

I realize now I was experiencing what many men come to me for support with — the sense that a woman’s yes or no would make or break me, would mean something about my worthiness, my value and whether I am wanted and lovable.

While this is of course NOT the truth, it can certainly feel this way.

As I take a few slow steps toward the woman in front of me my breath is shallow and my heart racing. Even though this is just “play.”

When I reach her, I open my mouth to speak. But instead, I burst into tears.

I feel a deep pain in my heart as I question my worth and feel this potential for rejection. And I am struck by how often men open themselves to this rejection.

It’s not that this doesn’t happen for women or people of any gender. I still struggle with fears of rejection in my career and in personal relationships and think most of us do, especially given Jia Jang’s success with his book Rejection Proof. But there are particular struggles I’ve watched men go through as the potential for rejection is paired with cultural definitions of manhood.

The Authentic Man Program was the beginning of a journey I could have never predicted. As I worked toward a Masters in Psychology and set out to counsel women, I had the unexpected twist of coming to love and become an ally for men.

Looking back, it’s wild to realize that this preparation day was before I held space for hundreds of men to sob, feel, grieve, release and express the full range of their fears and desires. Men who have trusted me with their deepest vulnerabilities.

And since then I’ve heard countless stories of men who struggle, not only with the fear of rejection, but actual rejection — both when single and in a relationship.

To be in a relationship where your partner says no to the intimacy you want is painful. To be single and living without care or touch is painful. Both can be devastating and lonely.

On top of that our culture tells men that when their hearts hurt, when they are lost or don’t know what to do, it looks weak or unmanly to say so.

What is a man to do with his desires, attraction, and longing when he has not been received or welcomed by the people around him?

The answer is clearly not to disrespect or abuse. There are other ways. But I also see that men have been shamed and blamed for their sexual desires.

I see many shades of gray on a spectrum from partnership to prostitution, but the middle gray zone is not often modeled or welcomed. Men don’t get much support for anything other than the relationship end of the spectrum, especially in a monogamous culture.

I think it’s important to explore more ways for men to bring desires for care, affection, touch, and sex, and not be shamed or blamed.

I see so much healing when men learn to bring their desires for sex WITH their care for others and their own sense of worthiness.

I have been honored to help many men find the desires they shelved decades before and to see them as good and right…To unapologetically communicate them with love and care, while also learning to listen to and understand another. They learn to co-create something meaningful and exciting WITH others.

This has been extremely powerful, not only in the realms of romantic relationship, but with family, work and anywhere relating to others happens.

I’m clear I don’t have all the answers and have my own blind spots. And I feel called to look at the cultural structures that have caused so much pain, for all. I will continue to be an ally for men. I will continue to support my sisters. And I hope we each continue to do our own work and welcome truth and vulnerability on all sides. 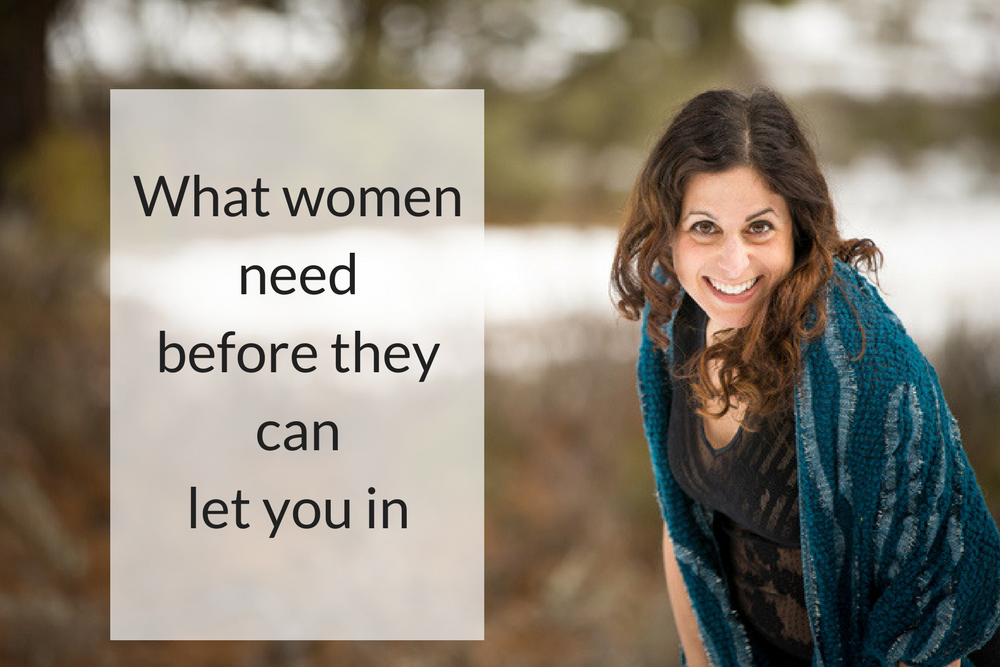 Gentlemen – Have you had any of the following thoughts or experiences?

If so, you’re not alone. I recently did an hourlong interview with my friend & colleague Shana James on “Sex, Orgasm and Intimacy: What Women Need Before They Can Open Their Bodies & Hearts With You.” Not only does she have valuable insights as a woman, but she has also been teaching both men and women about dating, intimacy and relationships for 10 years as part of the Authentic Man Program. Here’s some of what we talked about in the interview:

Shana dispensed a lifetime’s worth of insider knowledge on the workings of the female mind that any man will find useful. I only wish I had heard all of this when I was a teenager.

What do I say to a woman so she’ll feel attracted to me?

When’s the right time to have sex?

How many words should I use in my online profile to make a woman more likely to respond?

And I don’t buy ’em either.

I just recorded a 5 minute audio about how you can break all the rules for dating and attraction and have more of the connection, love and sex you want.

Check it out here:
https://www.facebook.com/truesuccessformen

If you haven’t liked my FB page yet please do so you’ll see these weekly recordings.