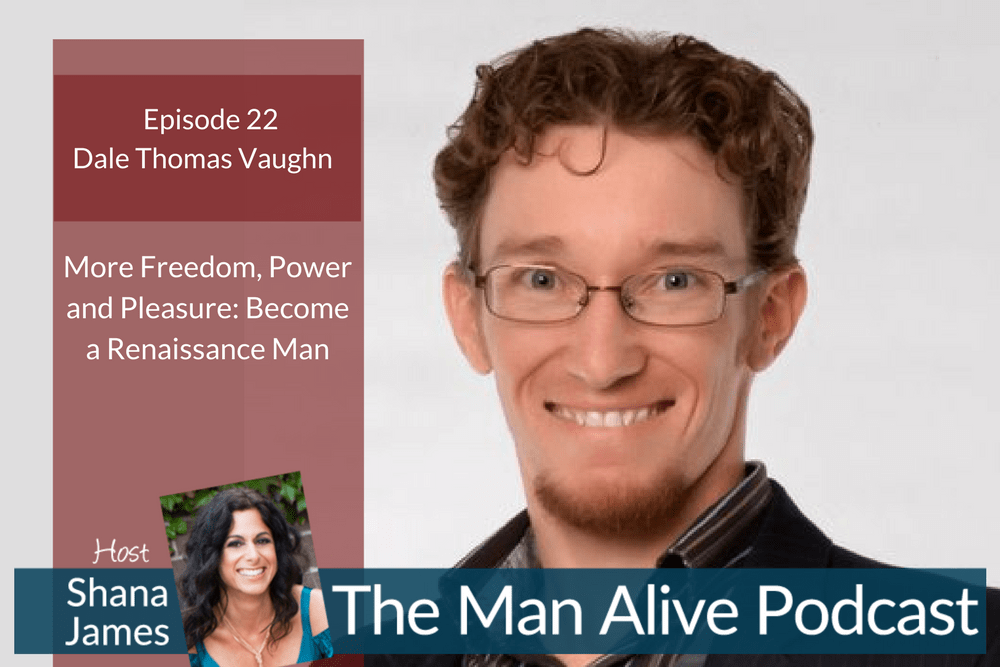 Have you heard of a Renaissance Man? Good men are being demonized and demoralized by a single and limited definition of manhood that leaves out much of what it is to be a man. Dale Thomas Vaughn and I discuss a path to more freedom, power and pleasure for you.

Dale Thomas Vaughn has worked with some of the most influential people in the world including billionaire industry moguls, academic thought-leaders and international heads of state. Dale began his career in communication at Southwest Airlines and Ticketmaster/Live Nation – after which he co-founded an inclusionary leadership consulting company called The Gender Leadership Group.

As an activist at the forefront of the conversation around gender equality and healthy masculinity, Dale was acknowledged as a “leader of men of quality” by feminist attorney Gloria Allred, and presented at the International Conference on Masculinities alongside other leaders like Gloria Steinem, Sheryl Sandberg and Michael Kimmel. As seen on CNN, CBS, Huff Post Live, TEDx, dozens of top podcasts and blogs, and in the LA Weekly, Dale’s work has received multiple Best of LA awards, Telly awards, and the M Award for service and leadership from his alma mater SMU.

As a Renaissance Man
He has written and edited seven best-selling books, run with the bulls in Pamplona, trekked the 500-mile pilgrimage that is the Camino de Santiago, become a certified specialist of wine, played competitive dodgeball at a national level, and his recent learning endeavors involve learning the guitar, the piano, and taking real estate classes. Also, he can solve a Rubik’s Cube in about 3 minutes.

Dale lives in Los Angeles with his partner Elizabeth Menzel, founder of the Happy Woman Academy.