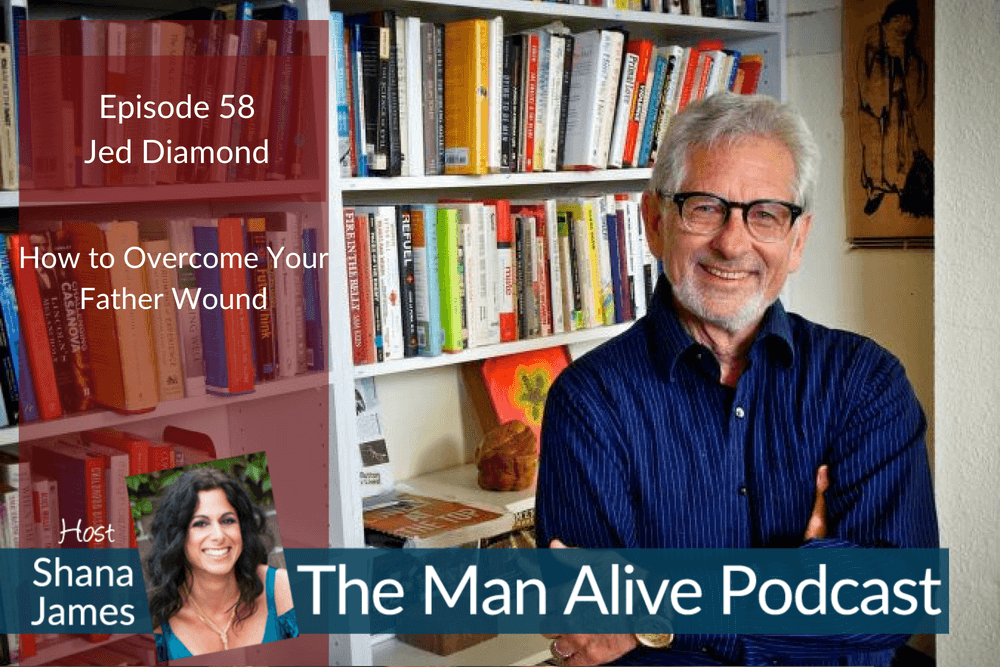 When a man who has spent 40 years working with men’s struggles talks about one of the biggest causes of pain for a man, it’s time to listen!

Show notes on the father wound

In this conversation we covered:

Jed is a licensed psychotherapist with a Ph.D. in International Health and Master’s degree in Social Welfare. His passion is to help men and women have the most life-enhancing and joyful relationships possible. He believes creative, joyful, families are the hope for the future of humankind.

For 50 years, he has been a pioneer in the field gender medicine and men’s health. My colleague, John Gray, author of Men Are From Mars, Women Are From Venus, says, “I’ve known and appreciated Jed’s work for more than forty years. He gives you the tools you need to succeed in life and in love.”

Iyanla Vanzant, author of Trust, and host of Iyanla Fix My Life on OWN, says, “There are some skills you must have, some ways you must be, and some things you must learn or unlearn if you want to have a healthy, fulfilling and loving relationship. Jed Diamond’s work covers all the ‘musts’ and then some. What a blessing.”

His work has been featured in major newspapers throughout the United States including the New York Times, Boston Globe, Wall Street Journal, The Los Angeles Times, and USA Today. He has been featured on more than 1,000 radio and TV programs including The View with Barbara Walters, Good Morning America, Today Show, CNN-360 with Anderson Cooper, CNN with Glenn Beck, CBS, NBC, and Fox News, and To Tell the Truth. He also did a nationally televised special on Male Menopause for PBS-TV.

(+ Eliminate the 6 Blocks to Your Sexual Power)