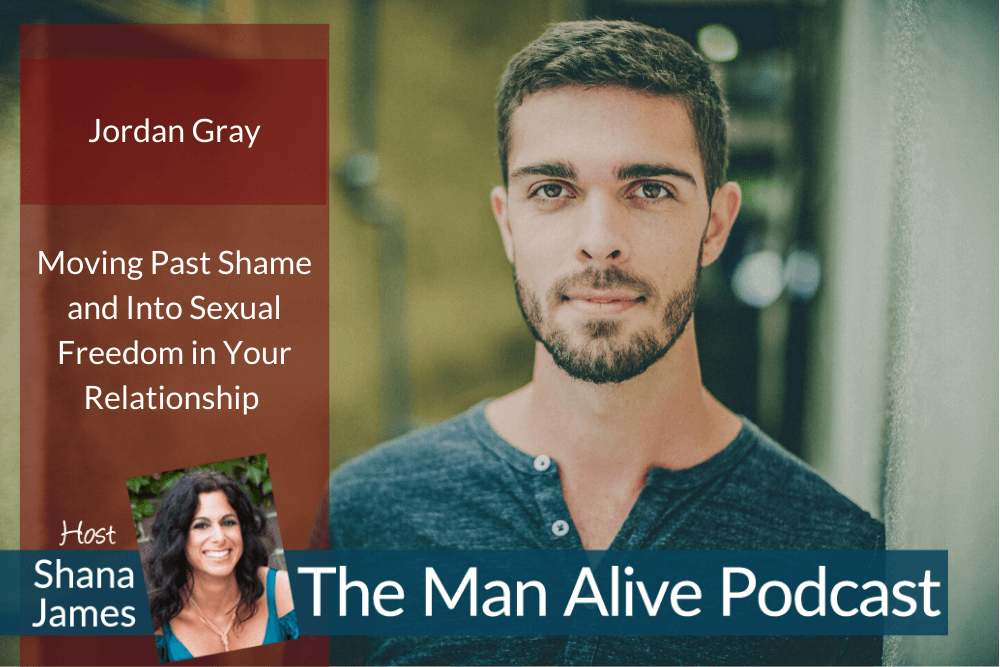 More men struggle with Shame around sex than like to admit it. Whether physical or emotional struggles, you are not alone. AND you don’t have to settle for unsatisfying sex as a result.

You are not alone if you’ve struggled physically or emotionally with sex.

Many men tell me they gave up on having the sex they wanted, for years or decades.

But you don’t have to.

In one of our favorite Man Alive podcast episodes from last year,  Jordan Gray and I have a conversation about how to move beyond blocks to having a pleasurable and connected sex life. Jordan is a relationship coach and #1 Amazon best-selling author who has been featured in the New York Times, The Huffington Post, Psychology Today and more

Jordan Gray is a personal development author, and sex and relationship coach with nearly a decade of practice behind him. Jordan’s work has been featured in The Huffington Post, The New York Times, BBC, Self, Psychology Today, Business Insider, Yahoo!, Forbes, Elephant Journal, and countless other publications around the globe. Jordan has made it his life’s mission to make thriving relationships attainable to everyone.

Within two years of starting his website, Jordan had five #1 best-selling e-books on Amazon and, since launching, has reached an engaged audience of over 20 million people from around the world with his writing.